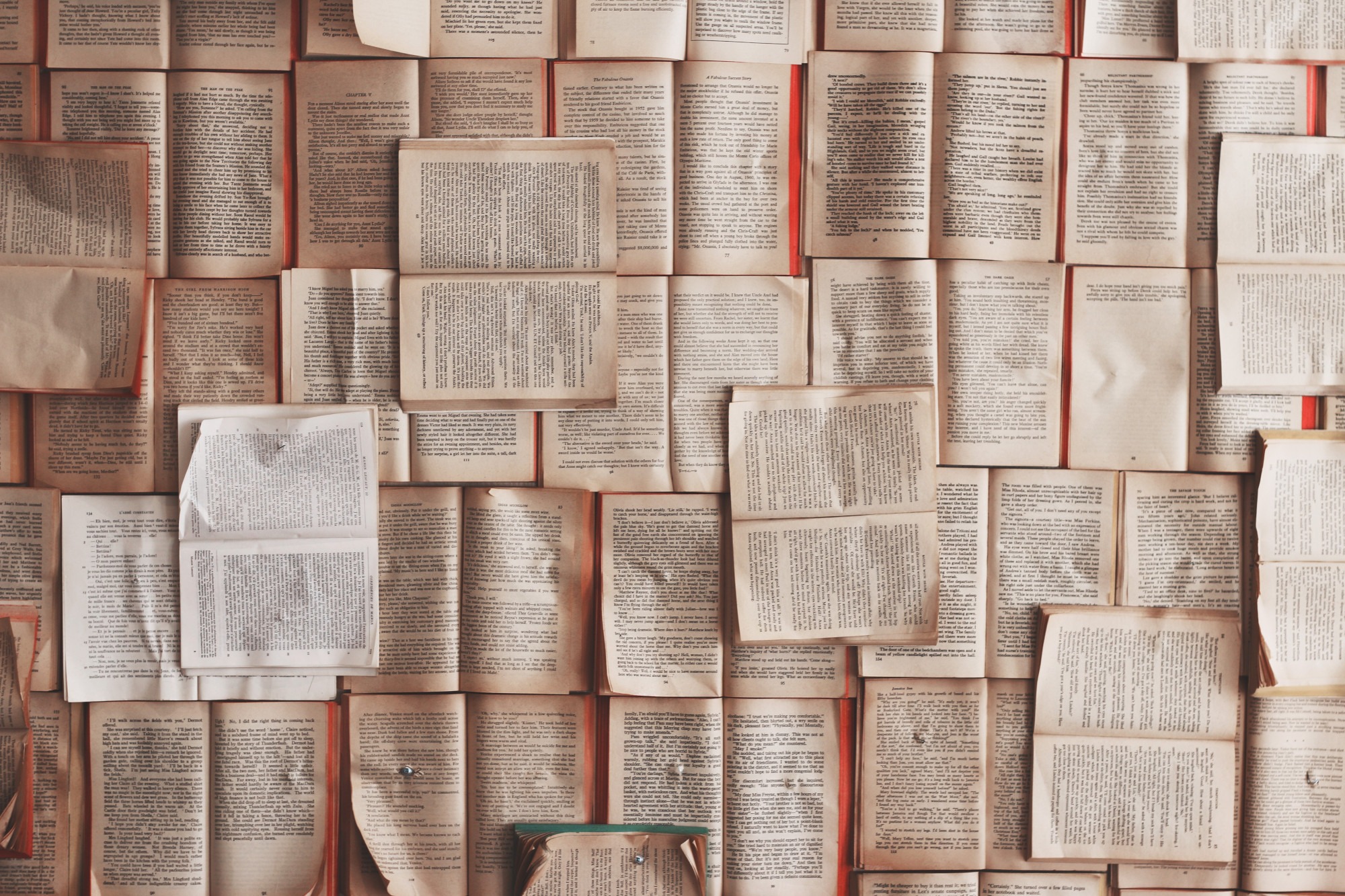 The contemporary debate on racism in the German police

Public institutions are a reflection of society. And with political, social and economic changes taking place over time also institutions are changing. A functioning institution cannot allow itself to remain the same way it was created if its surrounding is in constant development. On the other hand, it is not possible to adapt institutions to any individual change taking place within society. A number of factors are influencing the functionality and ability of institutions to adapt to social or political reforms, among them leadership and political interests within institutions and their surroundings, institutional flexibility and openness, financial budgets and legal frameworks just to mention a few. Also the field or area of responsibility plays an important role. When it comes to security agencies, discretion is an additional factor that does not exist to the same level in any other institution. The lack of public transparency often justified by its area of responsibility may become an obstacle to reforms especially if internal controls are not sufficiently established to substitute transparency.

In 2020, the German government and the public were discussing such challenges within accusations of racism against parts of the German police. Accusations of different forms of discrimination are not new to security agencies especially when physical confrontations become part of daily routines. However, a number of occurrences that accumulated over the past three decades should be taken into consideration to contextualize the current debate. This includes practices of police controls of non-white individuals in Germany, physical violence also resulting in the death of non-white individuals in police custody and recent cases of death threats against a number of citizens and professionals which were prepared and/or sent through infrastructure of the German police. The following investigations detected a number of groups and networks in the German police that were clearly supportive of racist and right wing extremist thoughts and attitudes within the institution. Since then, a public debate has initiated how to react to those anti-democratic and unconstitutional attitudes. The following paragraphs will discuss some of the central arguments of the debate and offer a number of recommendations.

In 1995, Germany officially ended border controls as part of the Schengen Agreement that created new regulations for internal and external borders of the European Union. To unofficially substitute this lack of control, a number of German states (Bundesländer) developed new mechanisms. Part of these were so called “controls without suspicion” (verdachtsunabhängige Kontrollen) which once implemented in state legislation gave the police the opportunity of unfounded control any individual of their choice in a number of situations. Over the following years, these controls were included into the legislation of most German states and also the German Federal Police received permissions to arbitrarily control individuals for example in a relative distance to the German borders. In this context, the distance could be up to 30 km into the country. What was presented in the 1990s as a new measure of combat against organized crime in Germany and the European Union also became a measure to control immigration. Although officially all controls were supposedly made on a random basis and without any suspicion, a growing number of residents in Germany reported controls specifically targeting non-white individuals. Civil society organizations discussed the topic which was then categorized as “racial profiling” in German language, a term borrowed from English-speaking countries with similar procedures.

Although the German constitution forbids discrimination based on racial or ethnic categorization, both German citizens and residents of other nationalities reported police controls that were clearly showing selective behaviour of police officers in different parts of the country. Few of these cases received a larger attention through the media like the experience of a US-American journalist who was controlled more than 20 times in Berlin in less than a year.

Allegations of racism were frequently denied by the police and by the responsible ministries on the state and federal level. Besides cases of supposedly aleatoric but repetitive controls of non-white individuals and other incidents like police aggression against non-white individuals were labeled as isolated cases by the authorities. This includes the unexplained death of a black man in police custody in the German city of Dessau whose body was found burned and handcuffed in a police cell in 2005. Also police investigations against relatives of victims killed by the right wing extremist terrorist organization National Socialist Underground (NSU) were not considered racist by the authorities. The NSU was a group of extremists who, although known to the German secret service, was able to kill 10 individuals in different cities in Germany between the years 2000 and 2007. Most of the assassinations were motivated by racism.

Over the years, attempts to downplay racism or racist behaviour in the German police became more and more difficult, especially when organized networks of right wing extremists were discovered within the institution. In August 2018, the German lawyer Seda Başay-Yıldız received a fax containing racist death threats signed with the letters NSU 2.0. Başay-Yıldız herself is a lawyer representing victims in the NSU case after one of the core members of the group was arrested in November 2011 (the remaining two core members committed suicide). In the following months she received further death threats against herself and members of her family, also signed with NSU 2.0. One of the letters mentioned the name of Walter Lübcke, a regional politician who was killed by a right wing extremist in June 2019. Police investigations revealed that the threats against Başay-Yıldız were prepared and/or sent using the infrastructure of a police station in Frankfurt. Until October 2020, at least 100 similar threats were sent to several individuals in different parts of the country including, politicians, journalists and others. So far, it is unclear who sent the letters. Investigators found evidence that members of the German police could be involved.

The NSU 2.0 letters and the assassination of Walter Lübcke have caused increasing attention among investigators, politicians and the media regarding organized right wing extremist groups and terrorists also within the police and other security institutions. While racism in the police had been denied so far and the request for an independent study within the institution was refused by the responsible authorities, the developments since 2018 have changed the picture. Since then, investigators have identified chat groups in different states of the country in which members of the police are for several years exchanging racist and right wing extremist content. So far, investigations are focussing on members of the police in the states of Bayern, Berlin, Hamburg, Hessen, Mecklenburg-Vorpommern, Nordrhein-Westfalen and Sachsen. In some of the cases, police officers were temporarily suspended while investigations continue.

In September 2020, survey data showed that a small majority of 55% of the German population supports the suggestion of conducting a systematic study on racism in the German police. Although this suggestion is not new it received larger attention throughout the year 2020. Both members of governing parties and parts of the opposition supported a study. Nevertheless, the German Minister of Interior, Horst Seehofer, rejected the plan. In October 2020, the German government came to an agreement and decided to develop a more general study on racism in Germany in which context also security organs will be included.

In democratic societies, institutions need to create stability while being flexible at the same time to adapt to social and political changes and demands. In this context, institutions and agencies dealing with public security play a specific role due to their importance for public stability on the one hand but also to their less transparent character on the other. The current debate on racism in the German police, the public demand for clarification through the conduction of a specific study within the institution and the way the situation is handled by the German government exemplify the dilemma of blocked institutional reforms caused by political interest of the responsible decision makers. Although evidence is clear that both racism and right wing extremism are not just existing but are also covered by colleagues and superiors, the responsible authorities, in this case mostly represented by Minister Horst Seehofer, reject investigations within the institution. Although it is common and sometimes understandable that high authorities tend to protect the organizations and staff they are responsible for, the refusal to collect data specifically within the institution is in this case preventing necessary reforms and will result in ongoing mistrust into the institution by a part of the population. Although a recent survey has shown that a large majority of 82% of the German population has confidence in the police the 55% in favor of a study on racism in the institution should be taken into account as well.

In fact, there are a number of reasons that support the argument of conducting the institutional study instead of developing a more general approach: