Internet Governance in the Global South 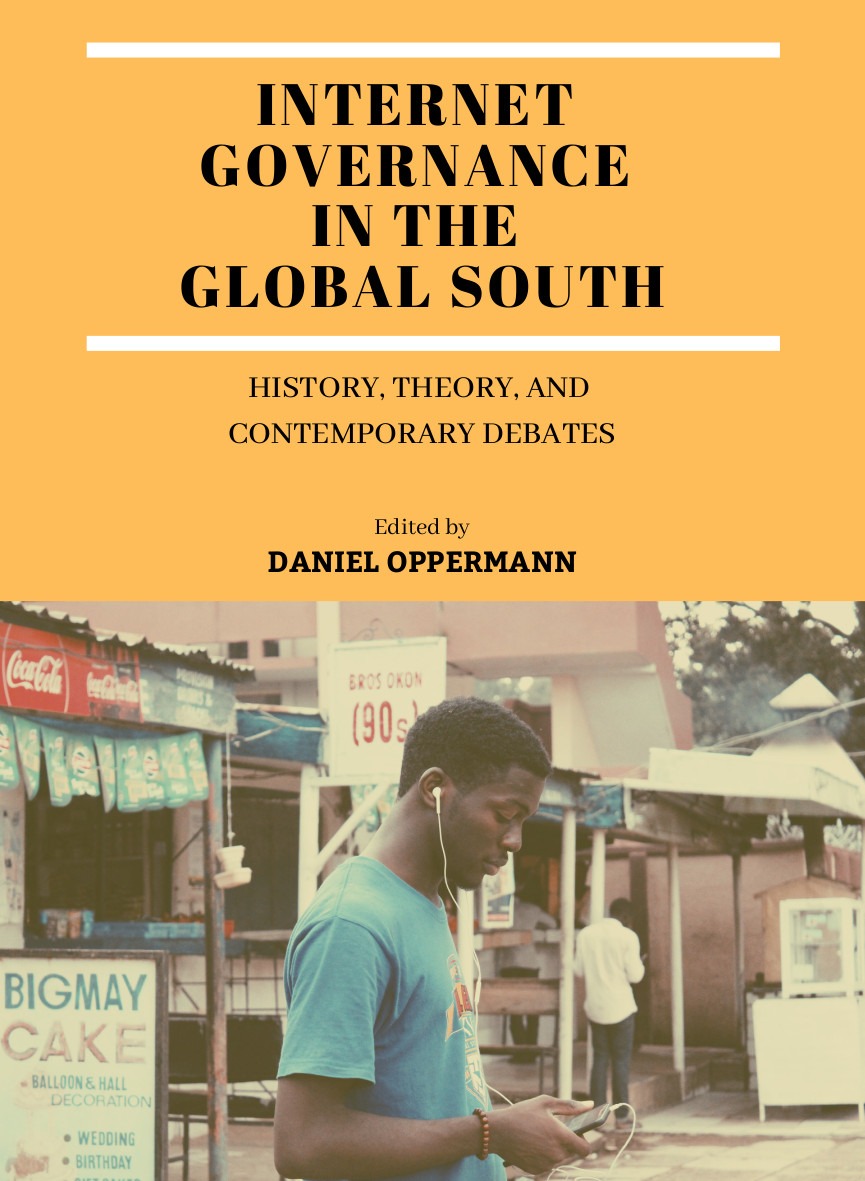 From Bandung to the DNS (Daniel Oppermann)

The Difficult Path to the Insertion of the Global South in Internet
Governance (Jean-Marie Chenou, Juan Sebastián Rojas Fuerte)

Prolegomenon to the Decolonization of Internet Governance (Syed Mustafa Ali)

Extract from the Preface:

The publication is divided into two parts. The first part concentrates on a number of historical and theoretical or conceptual approaches to Internet Governance. The second part has a strong focus on contemporary debates concerning selected issues of the field.

The historical and theoretical contributions are initiated by a discussion regarding the Global South as a region, its historical formation in the context of decolonization, the debates on the New International Economic Order (NIEO), the New International Information and Communication Order (NIICO), and the political turn to a neoliberal agenda in which Internet Governance was developed (Oppermann). The challenges of Southern countries to participate politically and economically in this environment are then addressed and contextualized through different theoretical frameworks including International Political Economy and global International Relations, combined with a discussion on strategies and ambitions of countries in the Global South to advance their own insertion in Internet Governance (Chenou, Rojas Fuerte). Internet Governance itself as a concept from a historical perspective, including processes of institutionalization, is then addressed by Canabarro, together with a discussion of the NetMundial meeting in Brazil as a consequence of the Snowden revelations and the NSA affair. The extensive global surveillance of Internet users including governments and other organizations by the USA and some of their allies in other parts of the world increased the debates on online privacy and also on topics including power, influence and global constellations that brought questions about new forms of colonialism on the agenda. Colonization in the digital age is a topic of growing importance, especially but not only in the South, and so is the discussion on decolonization. Emanating from the debate on decolonial computing, Ali is addressing Internet Governance and the need for its decolonization. He does so by critically analyzing the North-centric discourse of Internet Governance, thus bringing a new perspective to the debates. He is then followed by Gonzales, who develops a theoretical debate on ideology, the information revolution and its impacts on and correlations with a number of manifestations that occurred in several countries in the year 2011, including Egypt, Tunisia, and others.

The debates on historical and theoretical approaches are then followed by contributions on contemporary Internet Governance issues in the Global South. This part is initiated by two chapters discussing economic and political challenges related to the Domain Name System in Southern countries. While White is discussing generic top level domains and ICANN’s new gTLD program in the Global South, Aguerre is focussing on the ccTLD environment in the South, in particular in Latin America. They are followed by a chapter on South Africa’s policy framework on ICT and Internet Governance, mostly represented by the 2016 ICT White Paper, which in combination with the 2015 draft cybersecurity bill forms the current foundation for many Internet Governance debates in the country. In this context, the three authors (Darch, Adams, and Yu) also reflect on the questions of governmental control, multilateralism, and multistakeholderism as forms of governance and participation. The following chapter picks up the topic of participation in Internet Governance processes, albeit from a different perspective. Lobato addresses the problem of regional inequality within countries, pointing out the situation of less connected rural areas in Amazonia, in the North of Brazil. She discusses central aspects like infrastructure, access costs, and digital illiteracy and also presents possible solutions for regional integration like access programs and major national events in the regions like the Brazilian Internet Forum which took place in the North of the country in 2013. How lower national access rates are no obstacle for putting the Internet on the national political and security agenda is then clarified by Workneh and the case of Ethiopia. With a national Internet access rate of about 15% and confronted with infrastructural challenges to increase this number, the country is currently following an Internet securitization debate in the context of a dispute over political opposition that often falls under the label of “terrorism”. In this chapter, Workneh discusses how the Northern discourse on a so-called “global war on terrorism” impacts the right to freedom of speech online in Ethiopia and how it increases concerns over online participation and privacy rights. Privacy and participation are also addressed in the concluding chapter of this publication developed by Kemer. She discusses privacy rights in the context of International Law and the Universal Declaration of Human Rights, followed by an analysis of the standpoints of the Brazilian government under Dilma Rousseff on privacy and online participation after the NSA surveillance activities were revealed.